a new book from The Baptist

THE HOUSE OF TRUE DESIRE: Essays on Life and Literature, is the latest book from Cirilo F. Bautista. It will be launched on Thursday, March 3, 2011, 4 p.m., at the Tanghalang Quirino (Graduate School), Benavidez Building of the University of Santo Tomas.

at the end of the rainbow

is The King Of Limbs: 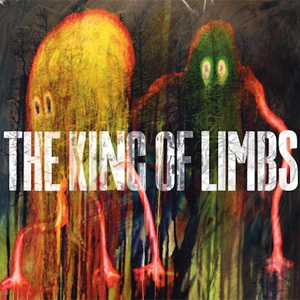 Give Up The Ghost

… and I’ll take this as a sign that today shall be alright.

I can rest now.

and this nomad’s at a crossroads

Been encountering lots of poems on journeys lately.

Last Saturday morning, I saw this from LRT line 2 –

And just before I head to this coming (and crucial) Saturday, I read this one called “Entrance”, from my new Rilke book, and part of it goes –

“...in the evening step out

of your room, where you know everything;

yours is the last house before the far-off…”

I am being spoken to. I will have to weigh real good. I choose between the fairly comfortable/comforting present, or the unknown.

I don’t know. And I do not ask to earn this or that. I only ask for what is good to prevail. I believe it shall.

Anyone here ever seen Cuaron’s Great Expectations? The one with DeNiro and Bancroft, and Ethan and Gwyneth?

And Chris Cooper? Uncle Joe? Remember how, out of his clumsiness, he hit those glasses during Finn’s exhibit? Remember his funny looking, cheap suit? Remember how he had to leave?

Now I know how it feels.

I admit that I am hurt a little, actually die a little, every time I hear people say “I don’t like poetry.”

Especially when I hear it from fellow writers and readers.

I heard it just a few hours ago again.

I am not new to people dissing poets and poetry and poems.

Actually, I used to hear worse almost on a daily basis when I worked back in the courthouse. There I have heard fellow workers say that poems are useless, and that poets are all loony and useless. Summary execution every blessed day.

But how can that faze me? I had the same accusations. I’ve beaten them to beating me up, if they only knew.

But I just had to give in to the music. I made a choice.

Perhaps I am just expecting a little more from fellow writers – tolerance? Pitiful. I am taking no less than freedom.

And a poet can never expect, as much as it is futile to defend him.

So where the fuck is your poem, girl? This is what you are answerable to.

Funny thing is, I love them despite their judgements. Maybe that’s why I get hurt. Gluck has written something like that, she said something like the pain does not really say you are unloved. She said it means that you love.

Actually, I’ve been in this similar spot last year, when I had to defend love before them. I wrote that somewhere here…

Long live you useless loony beat up loving creature, please stay strong. Not really to prove the doubters wrong. Live for the song.

Here, have a drink, here you go, in the house, from the piano player who pleads not to be shot, but shoots straight to your mush – cheers!